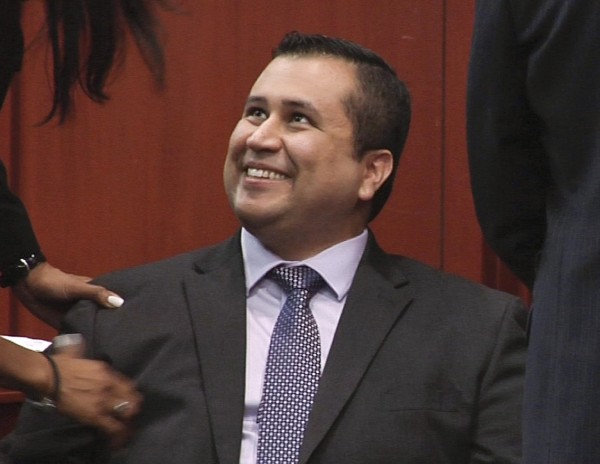 It’s easy to think that this is the look of a man who just got away with murder, but rather than get carried away with the negative emotions associated with that, there are many larger issues surrounding George Zimmerman’s acquittal that are troublesome for what is left of America’s fraying social fabric. While there was some rage that came out in street protests in New York, Oakland, Atlanta, San Francisco, and of course, Sanford last night, there was a strong desire to confront, rationally, the social and political ramifications of the verdict. Out of the gut feelings of shock, sadness, and disgust, an opportunity exists to articulate an argument against the imposition of “post-racial” logic and rhetoric  on an American landscape of increasing intolerance and discrimination.

We heard much from our responsible leaders, including President Obama, about the imperfect beauty of the judicial system. But while its structure and execution is technically admirable, there were many aspects of this trial that made it unfair, inconclusive, and steeped in the institutional racism that still plague us. The prosecution, while seemingly well-intentioned, was at best inefficient, and at worst incompetent. On Anderson Cooper’s CNN special last night, celebrity lawyer Mark Geragos said he felt the prosecution “threw the case” like a prize-fighter taking a dive.

This is because George Zimmerman walked, talked, and acted as if he were a police officer, and if he were a police officer, he would never have been convicted either. The prosecution should have expected that the Sanford police officers who testified at the trial would have been annoyed and frustrated–they refused to bring charges against Zimmerman in the first place–and found a way to limit the damage that they wound up doing to their case. Maybe they were just in absolutely unheard of territory: it is almost never the case that police officers actively sabotage prosecutors. The same lead prosecutor, Angela Corey, had put an African American woman in prison for 20 years for firing a weapon in the air to stop the advance of an abusive husband.

The criminal justice system is biased against African Americans, and is prone to give non-blacks the benefit of the doubt. This case had a reverse dynamic, and there needed to be something extraordinary and other worldly, like testimony from the late Trayvon Martin, to change that dynamic. The system’s beautiful imperfection only goes so far as it works around that bias.

Jury selection, while understandably difficult in high-profile trials, was also not conducive to a fair trial. Only one of the women was non-white (apparently an Afro-Latina), and two of the women were sympathetic to gun ownership. Their inability to understand the nature of being in a black body, living a black life was crucial to their interpretation of the case. Since the prosecution stayed away from articulating the effect of race relations on this case and in broader American society, they were left with a flimsily constructed prosecution.

Of course, one of the main reasons Zimmerman was able to dodge the charges is that there were no eyewitnesses that clearly viewed the entire incident, so the jury only had the accused’s story of the struggle and subsequent shooting. Even though there was much “reasonable doubt” about Zimmerman’s story that he was attacked by Martin and that his head was repeatedly pounded into a concrete driveway, his version, endlessly repeated by his lawyers, became the narrative. The prosecution never presented a clear timeline and description of the events leading up to the shooting.

Then we were subjected to the spectacle of a parade of witnesses, including Zimmerman’s mother and uncle, insisting it was his voice screaming for help on the tape of a 911 call by a neighbor. While a voice expert testified that it was not scientifically possible to identify the owner of the voice, it was disappointing that the defense did not argue that since the screaming stopped immediately after the gunshot, it was more likely interrupted by the shot, and more likely came from someone looking at the barrel of a gun pointed at him than someone having his head allegedly pounded into concrete.

Defense attorney O’Mara badgered Martin’s mother, Sybrina Fulton, by implying she was predisposed to wanting to identify the screamer as her son because she feared that if otherwise, it would be his fault he died. The prosecution, perhaps being more ethical, never accused Zimmerman’s witnesses of wanting to hear his voice for the same reason. But they never went after Zimmerman’s uncle, Jorge Mesa, to punch holes in his absurd story, in which he claimed that he heard the scream and identified it immediately without even knowing that his wife was listening to a broadcast of the 911 tape.

One of the more under-noticed moments of the case came during their testimonies. Both George’s mother and uncle are clearly non-white, but what does that mean? That they are not racist, or that they have become complicit in American society’s carefully denied and concealed racist environment?

The attitude of the defense lawyers O’Mara and West was provocatively surly throughout the trial, something that could be dismissed as lawyer posturing for the sake of the client and the case. But their actions following the case revealed that they were unabashedly aligned with a political position, and that their legal victory emboldened them to push it further, believing their positions to be purely based in legal logic. Don West, the surlier of the two (he openly defied the judge on more than one occasion), commented that “the prosecution was disgraceful.”

That statement could be agreed with by supporters of Martin who found the prosecution to be incompetent, but what he really meant was that the prosecution was disgraceful for even bringing charges against Zimmerman in the first place. Mark O’Mara, the seeming “good cop” of this good cop/bad cop tag team of lawyers, was in the end the more insidious of the two. In the guise of representing true “fairness,” he made explicit political arguments for the rights of those who carry concealed weapons (even though it is said that by not using the stand your ground defense he pulled off a “brilliant” legal strategy) and against the validity of invoking the civl rights movement and equal protection under the law.

He made the absurd and offensive assertion that if George Zimmerman were black he would never have been charged with a crime. 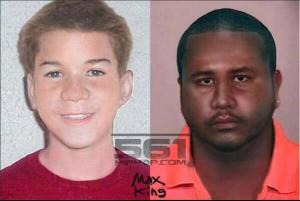 This was true, according to O’Mara because the trial “become the focus of a civil rights event,” and that George Zimmerman was a scapegoat for the creation of “a civil rights violation.” O’Mara bloviated that if those who felt this was a civil rights violation had “gotten to know who [Zimmerman] was,” they wouldn’t have made this mistake. But he conveniently omitted reports like the widely published revelations that Zimmerman had been fired from a job as a security guard because he was “too aggressive.”

“Usually he was just a cool guy. He liked to drink and hang with the women like the rest of us,” an ex-coworker said. “But it was like Jekyll and Hyde. When the dude snapped, he snapped.”

Zimmerman “had every right to be there,” O’Mara said in another televised interview. He was implying that, as someone protected by Florida’s laws concerning carriers of concealed weapons, he was not compelled to retreat when faced with Trayvon Martin’s confrontational behavior. He could use the gun anywhere, not just to protect his home. If there was any evidence that he was attacked in some way, it didn’t matter that Martin was unarmed, only that he felt his life was in danger.

This is the very dangerous precedent that has been set by this case. And what is most disturbing is how Zimmerman’s lawyers, and his even more irksome brother Robert Jr., keep insisting on painting George as a victim. Robert Jr. mused that he didn’t know if George would keep his gun, but probably needed it more than ever now. Both he and O’Mara also attacked the press for spreading the story, probably a prelude to the lawsuit they are planning to file against NBC News for some admittedly unprofessional editing of George’s comments the night of the murder in his phone call to police.

So this is the America of the Zimmerman legal victory. Defending the rights of carriers of concealed weapons, demonizing the press. Denying that race had anything to do with this. Fearing for the safety of a man who wrongfully racially profiled an unarmed teen who was “walking slowly” on his way home from buying Skittles and a fruit drink, and then, against the orders of law enforcement, followed him, left his car to “check a street sign” so he could provide an address, struggled with him, and shot him to death.

This is the America we have become, unless we try again to change it:

If you see someone (and you think those fucking punks always get away and you follow him and he jumps out at you from the bushes and uses a concrete driveway as a deadly weapon), shoot someone.