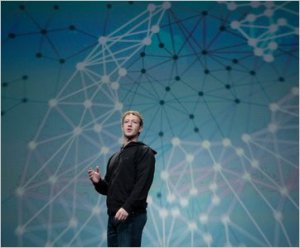 The naming of Mark Zuckerberg as Time magazine’s Person of the Year over Julian Assange is emblematic of the utter corruption of our economic and political system. Zuckerberg represents the ultimate capitalization of life, language, and the pursuit of loneliness, where individuals are used as bases for advertising campaigns in a way that may eventually eliminate much of the current need for advertising as we know it. Assange represents a provocative, if unproven strategy of disrupting the corrupt practices of the media-military-financier-complex by trying to overwhelm its ability to operate as a series of synaptically connected low-intensity “terrorist” nodes via extreme and sudden transparency. This is not to say that I dismiss the charges currently being sought against Assange, He may be deeply flawed in his treatment of women, but his work is a terrific object lesson in how to use often inaccessible documents to reveal the core mechanisms of doublethink.

Zuckerberg, on the other hand, has already entered the crucially important sphere of A-list philanthropy, helping to implement one of its central goals, the privatization of education, at least in Newark. But yesterday’s announcement of how he and Facebook will become the recipients of an almost unprecedented infusion of funds from, of course, Goldman-Sachs, is already being trumpeted as a bold new “smart” strategy for up-and-coming tech giants. The “rugged individualist” myth, embodied by Zuckerberg, asserts that young Mr. Z. “doesn’t want to sacrifice control because he believes that his vision is necessary to keep powering the company forward.” But what this deal is really about is escaping governmental regulation. Goldman-Sachs has a place to put $450 million where no one can see it. En mi país, esto se llama lavando dinero.

Zuckerberg has actually formulated a vision of “radical transparency” which would help create a healthier, more tolerant society by dispensing with the need for privacy. This is of course, a ruse. Zuckerberg merely wants to orchestrate the end of privacy for individuals, while protecting privacy for massive financial cash flows that will occur under Facebook’s cover. Not to mention the perfecting of techniques to spy on consumers to the point where consumption itself becomes a self-fulfilling prophecy. Why should we as individuals enter this brave new world of ersatz radical transparency while the elite financial organisms remain cloaked?

Real transparency has become the ultimate adversary for intransigence. Witness this amazing video, made by the strike committee of the University of Puerto Rico, giving a point-by-point rebuttal of the government’s duplicitous position in forcing an $800 increase on students. They use documents from various government agencies to reveal the disingenuous logic of the global austerity conspiracy. This is the new activism: facts trump obfuscation.