We’re all a little weary of Latinos popping up in news reports all around the country as perpetrators of petty crimes and tacky behavior, you know, the kind of low-rent antics that if they were white would be referred to as “trailer-trash” stuff. (The latter of course not a laughing matter I guess because for relatively inconsequential crimes we are locked up, like African-Americans, at a staggeringly disproportionate rate.) It gets to the point where you’re grateful that neither the Miami face-eater nor the face-eater victim were Latino. the  But how about Claudia González, seen above explaining what she does for the lovely Global Fund?

I got intrigued by González while reading this dense and somewhat tedious “exposé” in New York magazine about the continuing travails at the Gray Lady, the Paper of Record, whatever you want to call it. Unfortunately for Ms. González, although she is implied to have some influence here, she is reduced to merely being the “other woman” in the business marriage between outgoing CEO Janet Robinson and Chairman/publisher Arthur Sulzberger. Going back to the original item in the Mexican gossip mag “Quién,” it seems as though although the cover line on the magazine’s cover says she is “la mujer que mueve al New York Times” it doesn’t mean she’s “moving” the Times, only that she put a romantic spell on old Arthur. So, even though she’s placed highly in the New York mag story, she pales in comparison influence-wise to stuff like Robinson’s decision to put in a paywall over the technology guru’s objections.

I gotta tell you, even though it’s easy to get around the Times paywall (if you see a story on the site, merely search for the headline and New York Times or something and go to it from Google so it doesn’t count on your allotment of articles, or simply change browsers once you’ve used up your allotment, or erase the cache on your browser), I find myself not clicking on stories I might have in the past merely because I know it will eventually lead me to use one of these workaround methods, which although relatively painless are time-consuming. But the most annoying thing about the whole Claudia González angle is the way these elites are tied together and swimming high upstream as we lowly keystroke kids are waiting for shit to drop down. Turns out Carlos Slim, the richest cabrón in the world and former part-owner of the Times, set them up. Cozy, cozy, cozy, aren’t we, Artie? As you can see from the above, González is the marketing director at the Global Fund, one of those Bill and Melinda Gates + Bono things thattries to save the world by monopolizing philanthropy. Unsurprisingly it was caught up in a major scandal last year. 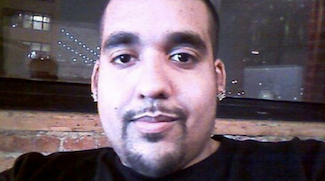 Item number two involves Héctor Xavier Monsegur, a/k/a Sabu, who I wrote about (in Spanish) for 80grados.net. Yeah I know he squealed. That comment that appears directly below the piece has been bothering me since I first read it. This item published in Gawker, about a new book that reveals some inside dope about Lulzsec and the merry band of hacksters, yields even more ambivalent stickiness about Sabu. As we already know, Sabu was a Boricua who lived in the projects on the Lower East Side and saw himself as a Robin Hood type, particularly after getting upset about the US Navy in Vieques issue in the late ’90s. Just the kind of self-made technological mastermind that is part of the real forces of history, unlike the post-racial poseurs with the Ivy League MBAs that pollute the social media matrix.

Problem is, he got busted, and was faced with a lot of very uncomfortable decisions regarding cooperating or not cooperating with some serious authority. The book is excerpted here, and this segment describes some of what is allegedly Sabu’s tortured position in helping bring Julian Assange into the Lulzsec fold:

Still, Sabu was “the most excited he had ever been,” Topiary later remembered, over the moon that WikiLeaks was asking for his help. It is unclear if Sabu was in reality haunted by the fact that he was now also helping to implicate Assange. Six months prior, he had believed so passionately in the WikiLeaks cause that he was willing to risk bringing his hacker name out into the public for the first time in nine years. Another possibility: the FBI was encouraging Sabu to reach out to Assange to help gather evidence on one of the most notorious offenders of classified government data in recent times. It seems probable that if Sabu had helped, for instance, extradite Assange to the United States, it would have improved his settlement dramatically.

The easy thing to do is to dismiss Sabu as a snitch. The hard thing to figure is whether the evidence he turns against Assange will be crucial in his potential conviction.

Finally, I’m sure you remember this amazing internet sensation tune from last year. It was described as either the worst and very stupidest song of all time or a work of genius. Kind of reminds me of what people thought when the Ramones came out with their first album. Well just as the Ramones covered a Chicano-rock classic “Let’s Dance” on their first album, Rebecca Black, the tween prodigy behind “Friday” also has a Mexican connection–she’s half-raza!

Unfortunately Rebecca made one of the most embarrassing “trying to relate to my cultural roots” moves ever made by a Latino, as featured yesterday in Univision News Tumblr. She came out, with her mother translating her English words into Spanish, for a PRI candidate for president when most of the groovy left (Gael García Bernal, Damian Bichir), is for change they can believe in, i.e., Andres Manuel López Obrador. Video blogs and the capital city’s renowned fresa police assaulted her with a serious of charges ranging from imbécil to she has nothing to do with being Mexican whatsoever.

In one moment, Rebecca Black becomes Mexicana, in the next she is cast as a straight-up gabacha. I think J-Lo should set up a consulting firm for this sort of thing. There’s a lot of money in it I bet.